Jorge comes to us from the Verona Area School District where he spent the last year as Interim Principal at Savannah Oaks Middle School. Prior to this, Jorge spent four years as an Assistant Principal at Verona Area High School. Jorge taught Spanish at the middle and high school levels for 10 years before entering administration.

About Our Associate Principal

Jason Zurawik has been an administrator in the Oregon School District since 2013.  During his time in the District, he has served as principal at RCI and is currently the Oregon School District’s Co-Summer School Principal.  Prior to coming to Oregon, Jason worked in the Wauwatosa School District from 2006-2013 as an associate principal and Charter School principal.  Before becoming an administrator, Jason spent six years at Madison East High School, where he was a special education teacher for four years and spent his last two years serving as the Dean of Students.  Jason also was the Head Varsity Hockey Coach and Assistant Varsity Football Coach.

His wife Jessie is a special education teacher at Brooklyn Elementary School.  They have two children attending the Oregon School District.  Ty is a student at the high school, and Trey is a student at the middle school.  As a family they enjoy traveling, golfing, biking, and anything outdoors.  Outside of school, Jason enjoys competing in triathlons, officiating hockey, carpentry work, and watching hockey and football.

Jason is dedicated to developing connections with his students and helping them surpass their goals.  He is grateful to be a part of such a talented and dedicated team of educators, supportive community, and work in a district that values the whole child.

About Our Administrative Intern 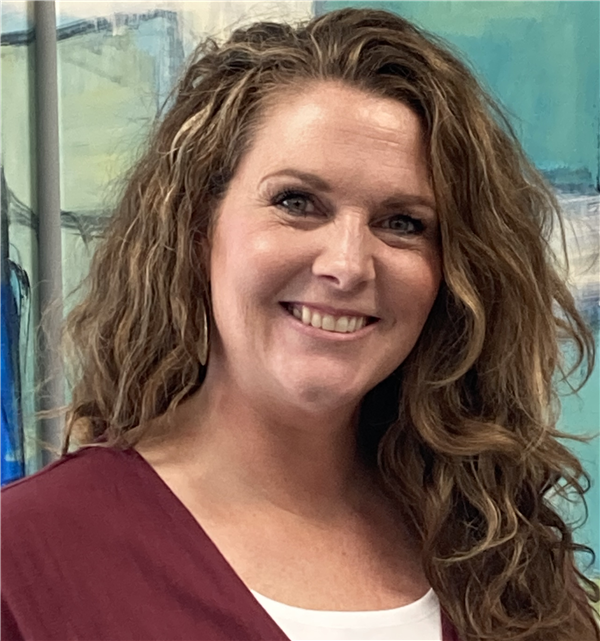 Jackie Craker has been an educator since 2004. Before joining the OMS team, she worked at Oregon High School as a Special Education Teacher and an Academic Engagement Specialist. Prior to working within the district, Jackie served as an Autism Specialist at the Arizona Department of Education. She also served as the Department Chair at Mountain View High School in Mesa, Arizona, in addition to being a Level 4 Autism teacher for Gwinnett County Schools in Georgia.
Jackie and her husband, Ben, reside in Oregon with their three children--Lucas (9), Emma (7), and Anna Kate (1).  Nights and weekends are filled with soccer, basketball, 4-H, and school functions. Outside of the school day, Jackie enjoys landscaping, remodeling and home design, arts and crafts with the littles, and spending time with her three sisters and two sisters-in-law.
Jackie is thrilled to be a part of the OMS team and truly looking forward to an amazing school year!

About Our Health Assistant

Bachelor Degree in Music Performance and Education from University of Iowa

About Our Administrative Assistants

Contact me for:
> Messages to teachers or other staff members
> Questions about calendar, activities or building information
> Scheduling appointments with building administrators